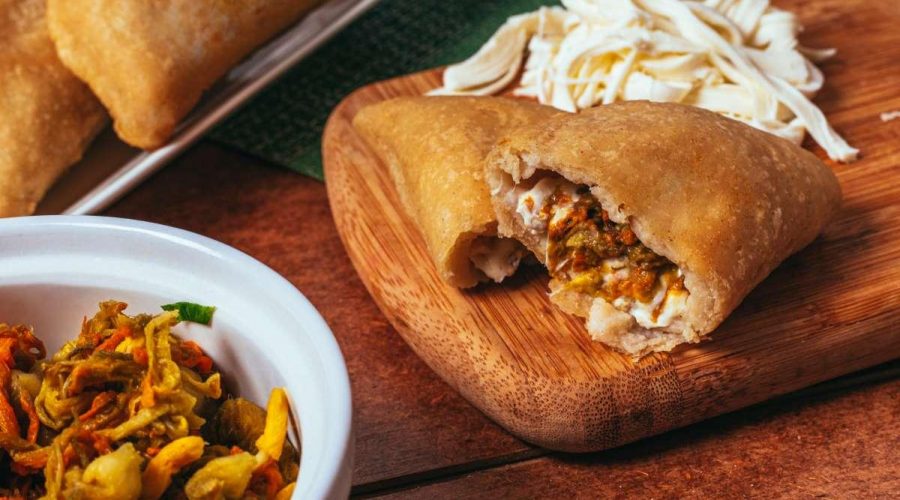 Empanada de 'flor de calabaza' is a versatile pastry parcel made out of corn and stuff with cheese and zucchini flower.
|

Zucchini has its origin in what is today the territory of Mexico, and its name in Náhuatl is ‘ayocotl’. Náhuatl is the language spoken by the Mexicas, wrongly referred to as Aztecs.  Zucchini, but especially its flowers, are used extensively across Mexican cuisine.

One of my favourite zucchini flower dishes is the Nopal – tender cactus – stuffed with zucchini flowers and cheese.  I would have to add a recipe for this, watch this space!

Empanadas can be defined as a pastry turnover filled with a variety of ingredients and baked or fried.  They are popular appetizers in Argentina and Spain, and street food in many countries in Latin America.  In Mexico, the empanadas are prepared with corn dough, instead of wheat flour which gives them are more traditional flavour.  In Mexico, the best empanadas are those that use nixtamalised corn dough — read more about nixtamal in Our Nixtamal journey.  Empanadas are also called ‘Quesadillas Fritas’ or fried quesadillas in some regions of Mexico.

Also, La Tortilleria has a great blog about Mexican cheeses and substitutes. 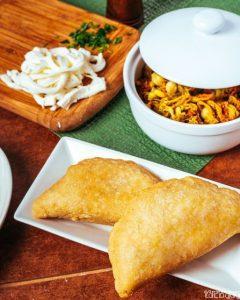 Empanadas de flor de calabaza
A versatile pastry parcel made out of corn and stuff with cheese and zucchini flower. Whilst wheat empanadas are popular around the world, especially in Argentina, in Mexico we prefer them with corn - and you need to try them to see the difference in taste and consistency. Check the notes for tips on how to do this a healthy option.
Print Recipe
Prep Time25 minutes
Cook Time15 minutes
Total Time40 minutes
Servings4 people