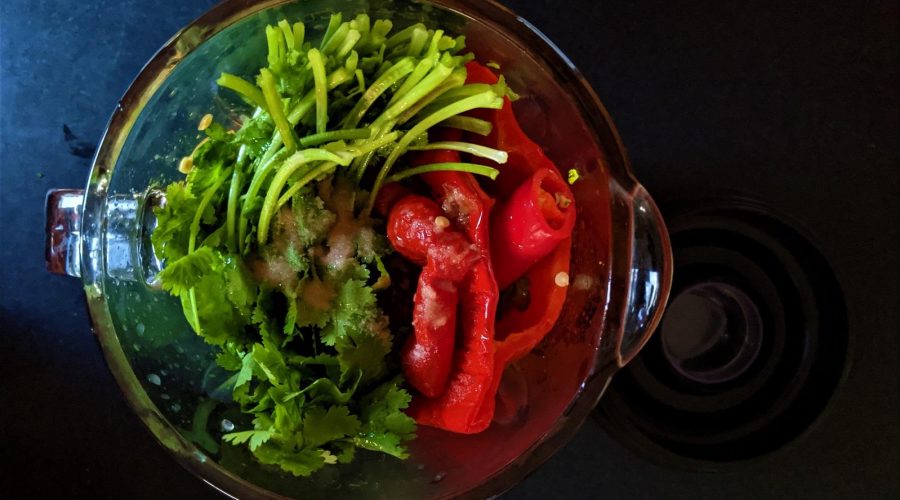 This simple, yet tasty, salsa recipe that I have developed over the year. This salsa can be made in a matter of minutes and delight even the most Mexican and traditional palates.
|

I like to think that salsa is the soul of Mexican people and corn is our body.  We, Mexicans, are usually referred to as the ‘children of corn’ and salsa is what makes us brave.  There is a colloquial phrase in Mexico that goes ‘No que muy salsa’ which would be best translated as ‘Though you were salsa‘ that is used to question someone else’s bravery.

The fundamental ingredients of every ‘traditional’ salsa are tomatoes and chillies – two ingredients that originated in a zone that today includes Mexico.  The words chilli and tomato as we know them in English can them both trace their origins back to the Náhuatl language. Náhuatl was spoken by the Aztecs and other civilisations in Mexico.

There are hundreds, if not thousands, of recipes of salsa in Mexico.  Most families in Mexico, and many taco stands, have their own ‘secret’ recipes and they are passed from one generation to another.  The next generation swears with their lives that they will not disclose the salsa recipe to anyone, including their own employees.  It is not uncommon to see the taquero, the main Taco Guy, arrive at the stand with the salsa already made so the secret is safe. 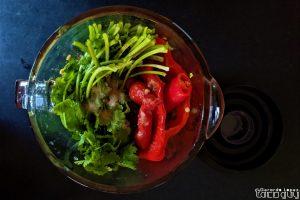 Salsa de Gerardo
Over the years I have developed, tried, and failed on many salsa recipes.  But I always keep coming back to this simple, yet tasty, recipe that can be made in a matter of minutes and delight even the most Mexican and traditional palates.
Print Recipe
Prep Time5 minutes
Cook Time20 minutes
Total Time25 minutes